A History of the Interfaith Leadership Alliance of Santa Fe

This history, which is not definitive but at least is based on contributions by key players, starts in the mid-1970s, when the Santa Fe Ministerial Alliance was in full swing. It would meet in the old St. Vincent’s Hospital downtown (now the Drury Hotel) once a month with lunch served by the hospital. Conversations were based around congregational life in general, cooperative efforts for serving the community, sharing concerns and interfaith services. Membership was limited to only a few faith traditions at the time. The new hospital was built and the meetings moved there, with lunch still provided by St. Vincent’s. When those free lunches stopped, the Alliance moved to other places – First Presbyterian, Holy Faith and other locations before finally settling on St. John’s Methodist Church, where the meetings continued monthly and members brought their own lunches, elected an annual President, shared history and stories of their own traditions and listened to pleas for money, despite the Alliance not having much at the time! Then the floodgates opened and anyone with any religious or spiritual affiliation of any kind was invited in. Some members left as a result and some stayed but also formed an Alliance of Evangelical Churches. The Alliance struggled, and started spending much of its time discussing who should belong and why it should exist. The event of September 11th 2001 changed everything. For three months following that dreadful day, the group could not agree on a common statement of faith and hope for the city and clergy left in great number as a result.

In 2007, someone called Rabbi Marvin Schwab at Temple Beth Shalom frustrated that there wasn’t a single interfaith organization in Santa Fe to which she could bring an issue. He in turn brought together Father Dick Murphy, Pastor Ben Larzelere, Pastor Larry Haslam and Pastor Holly Beaumont, and with their help sent out a letter to every member of clergy they could find in Santa Fe, inviting them to a lunch at the synagogue. By the end of the lunch, the Interfaith Leadership Alliance had essentially been formed, and Rabbi Schwab was its first President. The first project that the ILA undertook was the Community Closet, initially intended to help young people to put together resumes and assemble clothing suitable for interviews, as well as helping them with interview skills. This was one of a number of projects that the ILA has started over the years, only to spin off to become independent entities. For example, the Winter Overflow Shelter was created to house homeless women and children had nowhere they considered safe to stay during the winter. At first, congregations from the ILA rotated winter evening housing around the congregations one week at a time, and ultimately this project became the Interfaith Community Shelter (known locally as “Pete’s Place”). Envision Santa Fe provides volunteers from many faith groups to serve as mentors and advocates for families transitioning from homelessness to permanency and self-sufficiency. It was started as an ILA project and has now grown to be taken under the auspices of one of the local homeless shelters. The Faith Network for Immigrant Justice of Santa Fe started in 2017 under the auspices of the ILA and now essentially works as a separate organization. An anti-bullying program in local schools was also started by the ILA.

The ILA also supports local organizations. For example, in 2016, it ran a campaign that ultimately raised $52,000 for the Women’s Summer Safe Haven at the Interfaith Shelter. The following year, it raised over $20,000 for Santa Fe Dreamers and Somos un Pueblo Unido.

The ILA has also helped host a number of key events through the years. From 2008 to 2010, there were Interfaith Block Parties on East Barcelona, and in 2012 there was a Peace March from the Unitarian Universalist Congregation down to the Cathedral Basilica near the plaza. The ILA was also responsible for the New Mexico Faith Communities Against Hate Crimes, which ultimately led to the passage of New Mexico’s anti-hate crimes bill in the legislature. In 2017, the ILA organized a Rally Against Racism which was attended by one and a half thousand people.

There has, of course, been much interfaith work in Santa Fe over the years, such as the Jewish and Christian Dialogue circles, or sermon swaps between clergy, which involved members of the ILA but was not directly organized by the ILA. Nonetheless, the ILA remains the overarching interfaith organization in the city and is a place where members of differing faiths learn from each other and work together. It is a growing organization, and once again discussions are being had about who can join and the aims and goals of the ILA. This time, though, the tone seems to be different, and the discussions are helping shape new initiatives. For example, the ILA just launched the Green Fusion initiative, which brings together faith and environmental leaders from all around the city.

It is quite extraordinary to think about impact the ILA has had on Santa Fe in only ten years, saving lives, protecting the vulnerable, and bringing together people of differing traditions to learn from each other. It is an organization of which Santa Feans, and members of the faith communities, should be very proud. 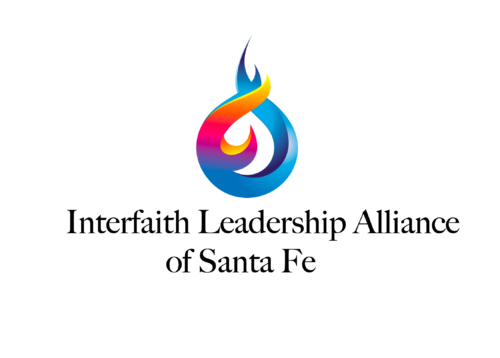